Changmin of 2AM/HOMME! I don’t listen to 2AM but I ordered HOMME’s album. He is one of those guys that he isn’t outright handsome but there is just something about them that makes them attractive.

Eddy from JJCC! I ABSOLUTELY love Eddy with short hair. It just brings out his masculine jaw line and features. His long hair made him look to pretty. 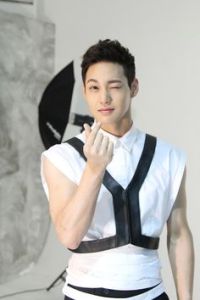 Jerry of M.Pire! He is such a little cutie. I’ve seen Jerry a few times on “Let’s Go Dream Team” and he seems like a airhead/dork. Those type of people are just so lovable. 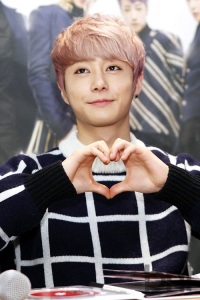 Minhyuk of BtoB! He is one of my undecided bias from BtoB. I loved watching him on “Let’s Go Dream Team” the other day. Such a good-looking guy.

Ravi of VIXX! I’m not a huge fan of VIXX but from the beginning Ravi has my favorite.

Leeteuk of Super Junior! I discovered K-Pop while Leeteuk was on the Military so I am not too familiar with him like I am with the others. But recently watched him on RUnning Man and he was just too funny.

Taecyeon of 2PM! A suit makes a man look more attractive but Taecyeon in a suit is double trouble. Saw Taecyeon live in 2PM’s World Tour and he is such a good-looking man. He isn’t even “pretty” like the other K-Pop artists. Taecyeon is definitely all man.

ZhouMi! Some would argue about him being part of Super Junior but with his recent solo debut no one can deny that he is talents. But did anyone lee drool over ZhouMi’s body in his music video? I would like to rewind the music video and then pause.

Beenzino! I know in my review of his album I said I can’t tell if he is cute or “ugly” but either way he is my MCM! His music video for “How Do I Look” is just awesome. Beenzino just has a nice voice i could listen to all day.

Block B! It’s so hard just to choose only one member of Block B. I mean they are such dorks that I can’t settle on one. So I just decided to make all of them my MCM! Block B is just full of lovable dorks and who doesn’t love a dork? 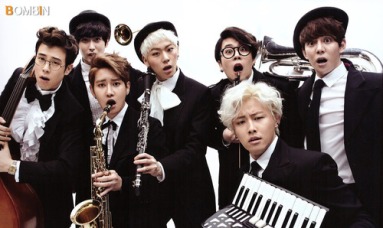 Ren of Nu’Est! I’m sorry Ren should be on every girls crush list now. I can’t even believe how freaking handsome he is. He maybe on of my favorite blondes but he sure as heck looks gorgeous and MASCULINE with his short brown hair. I would have never guessed that Ren could make such a drastic change from a guy who is mistaken for a girl to a guy who is freaking HOT! 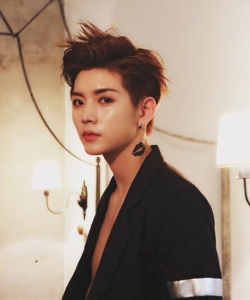 Sunggyu of Infinite! I don’t listen to a lot of Infinite but I just love Sunggyu. He is such a little cutie and it seems like he is a airhead. But thats okay. He will be more interesting that way.

Yugyeom of GOT7! He is the lithe cite maknae in GOT7. I just feel so creepy crushing on him since he is years too young for me. But Yugyeom will be my MCM.

Lee Jang Woo! I first saw him in the drama “I Do, I Do“. He is such a cutie. I know he is in the drama “Pretty Man“, but I haven’t gotten around to watching it yet.

Jung Jun Young! I’ve been watching him on “2 Days 1 Night” and he seems to have a quirky personality. But he just released his new music video “Teenager” and i just loved it.

Jin of BTS! With each comeback it gets harder and harder to choose a bias. He wasn’t my “Original” bias but Jin is in the running for number one.

P-Goon from Topp Dogg! Loved their recent comeback and I just had to make my bias, P-Goon, my MCM for this week. He is one of the few people I can recognize from the group.

Jonghyun from SHINee! He is the second sexiest K-Pop idol in my book. Such a good-looking man.

Soohyun from U-Kiss! I know I just a MCM two weeks ago on another member of U-Kiss but with their comeback I had to do another MCM for U-Kiss. Soohyun is just so sexy and his vocals are off the charts.

Dongwoon of Beast! I watched the first two episodes of “Burning the BEAST” and I have to say he is tied for being my bias from Beast. But he is such a cutie! 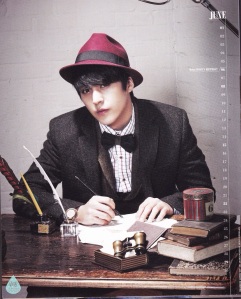 Hoon of U-Kiss! He is one of my three bias’ from U-KIss since I am unable to choose. I am glad I was able to see them in concert earlier this year. He is just so cute.

Lay and Kris of EXO-M! Neither were my original bias and I won’t tell who my original bias because after a while I thought he was overrated. But now Lay and Kris are my bias’ and I couldn’t pick between the two. So it’s another 2 for 1 special in honor of the release of “Overdose“.

Julien Kang! I watched him play Basketball and Taekwondo on “Cool Kiz on the Block“. I’m sad that he is not playing Soccer. He is such a good-looking man. 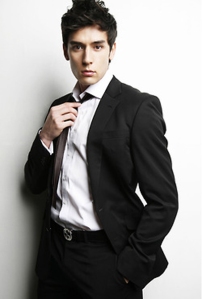 Yongguk of B.A.P! It was awesome seeing them in concert last week. He so good-looking in person.

Jang Hyuk! My newly discovered actor. I watched him in IRIS II and feel in “love”. I can’t decide if I like him with short hair or long hair.

Chansung of 2PM! I was so sad that I wasn’t able to see them at the LA K-Pop Festival. But I get to watch him on “Cool Kiz on the Block” every week!

Rain/Bi! Some men are like wine; They improve with age. I think he looks better looking now then when I first saw him in “Full House“.

Vanness Wu! He is both an actor and a singer. First saw him in “Autumns Concerto”.

Soryong and Daeryong of Tasty! It’s like a 2 for 1 special. How can I pick one over the other.

L. Joe of Teen Top! I loved his bright/dark pink hair from Rocking. 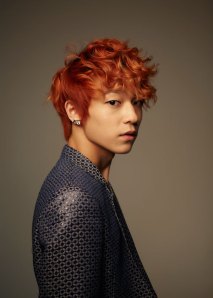 T.O.P of Big Bang! I think he is the sexiest man I’ve seen. My number one bias from the start.